Well here we are team, the nearly nearly end of 2014 and pheweeee what a ride it’s been! I wanted to take a minute and thank all of you who helped make this year a very special one in the life of CTO. Too many to mention by name, and I’m sure you’ll forgive me for not running off a list of names like the shiny people do at the Oscar’s.

So, please accept this token of thanks for me for your contribution, love and support.

We started the year in our old 3rd floor offices with a full compliment of monkeys all beavering away in a very hot and rather stuffy office. It was challenging to say the least, with no airconditioning to help us cope in the heat of Cape Town summer. But we soldiered on with fans, ice buckets and spritzer bottles galore along with the endless supply of ice cold Cafe Gelado’s from Vida downstairs.

Then came the news… we’d found an investor and we were E X P A N D I N G. Exciting and scary all at the same time it was clear that we needed to make this move as we’d outgrown our space and demand was growing by the day. We then went about scouting for a new home and found the ideal spot, same building, just one floor down – twice the size with windows and views. What more could we want. The rest of the story moved pretty fast with the appointment of LEVR creations as our design team, the work began.

Work took about 3 months from start to finish, which is pretty good considering most of the hard stuff  had to happen after hours due to the noise restriction in the building. It’s one of those things you don’t realise when  you’re not in the “trade” I guess, but a pretty big consideration no less. The LEVR team were impeccable in their management of the project and the delivery and I couldn’t be happier in the space we’re in today.

On swealtering days, 29C + we’re cool as cucumbers inside because of their very clever design. I’ve waxed lyrical about their work in previous blogs so won’t go on too much here. Check out the pics here –> https://www.capetownoffice.com/gallery/

September we had 16 people working from Cape Town Office and I’m proud as punch to say that we’ve more than doubled that already. There are of course still a handful of places left from January, but it’s filling up…fast!

#CTO3: Very exciting year ahead for CTO with the development of our 3rd space underway already that will have bigger workstations and optional private offices for 2-4 people. We can’t wait to get cracking on this when the builders return from their holidays. For now everyone has downed tools and gone on holiday, a well deserved holiday to say the least.

#CoWorkingAfrica:  I’ve spent the past few months colluding with Global Enterprise, organizers of the annual CoWorking Europe conference. 2014 saw the 5th successful European #coworking conference take place in Lisbon attended by 320 delegates from 40 different countries. The growth and continued interest in the phenomenon we call #coworking has, as we all know, spilled over into Africa. We felt that the time had come for Africa to celebrate the community of #coworking spaces and what better African city to host this event than Cape Town?!!

After many skype calls to Belgium we finally arrived at the date of July 23-24 2015 and proud to say that the conference will be held right here in our building at East City Studios. The website for the conference is still under construction, so I will keep you updated via Twitter @capetownoffice on that and other goings on.

I’m looking forward to the next six months and hope to see you all sooner rather than later! 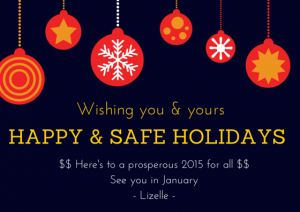