Technology today, tomorrow, to infinity and beyond 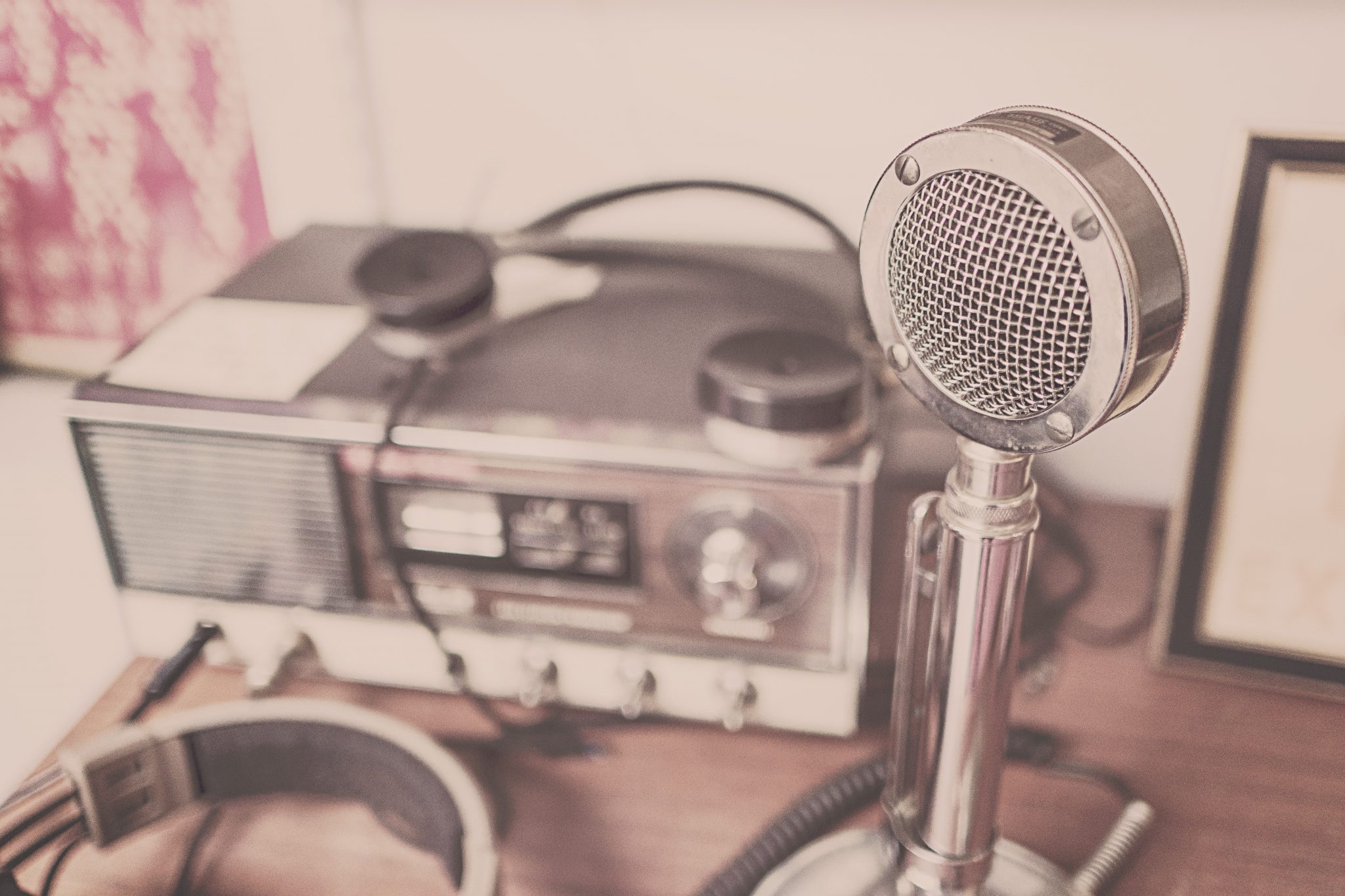 The story so far
Smart technologies are progressing in diversity and development at an incredible rate today. Less than half a century ago mobile technology hit the mainstream and in order to take part you virtually needed a trailer to transport these ‘high tech’ gadgets. Today the advancements are coming through thick and fast, there is a constant global conversation connecting everyone from Sipho in Africa to Ca’shara in the USA and of course Charles sipping tea and munching scones in good old England.
Digital products are changing the world. Market demands are continually pushing semiconductor developers to design smaller, faster chips that consume less power. Cell phones have gone from niche items that were only available to a small segment of affluent, well-connected people to affordable devices that are loaded with all the bells and whistles. Who knows where this will lead us, what wonderful things we will discover and who knows, possibly in true Matrix style machines may take over the world. But, before we get too carried away let’s look at the present, what is being developed and where is that leading us in the near future.

The many facets
Digital audio is becoming ever more popular, and soon will be the standard audio production method. Music and audio technology continues to advance from the new products like I pods, USB flash drives, MP4 players and audio workstations. Television digital has overtaken the analogue type. The new companies who sell digital products are growing tenfold.
E-book technologies overall flexible display market is expected to grow significantly to 49.8 billion USD in 2020 from 15 million USD in 2008. Later, market with alternative small and medium sized applications centred on mobile phone is likely to lead the market.
Digital cameras have improved the quality, and quantity, of photographs beyond belief. Clear crisp video and camcorders with digital converters are out-performing most analogue devices. Information products available covering every subject couldn’t be easier to obtain. Today, products are created and stored electronically then shipped digitally to the customer. In the old days you waited for the mail to be delivered in a couple days.
Games, online gambling, pc software, system security, PC hardware all use this new technology of the future. Satellite radio, GPS’s, cell phones with all the apps would never have been invented and made small enough to enjoy if we didn’t explore digital science.
Signs on the road with digital mechanics provide photo realistic pictures for our journey. This method of billboard advertising truly has it all. However cheesy it may be the virtual fireplace has been a HUGE success, it has been one of the most innovative products of the decade. Giving the appearance of a cosy fireplace without all the hassle and requires no wood, no gas, or otherwise. Now all we need is some marshmallows!
Technologies as a (w)hole companies who stay in tune with the latest available technologies will be best positioned to meet the increasingly demanding market requirements. We, both companies and individuals, have an option today to stay ahead of the curve by keeping in touch with these new digital products, or not. If we decide not, it will become increasingly difficult to perform the simplest of tasks, for individuals shopping is an example and companies, well, I can’t imagine companies will last long if they don’t play along. Phones are becoming the new credit cards, swipe your i-phone or blackberry and ‘boop’ paid for and you’re on your way! Without said phone you would be queuing for a long time, will cash still be accepted? Will it still exist? These are questions for you to mull over, a conversation for another time, however, if you have and good theories fell free to throw them my way, love a good chin wag!
In actuality the truth is that as things have progressed technologically the world has changed too in order to suit these new devices and systems. This is a trend that will continue. With this in consideration embracing these new technologies will enhance our quality of life. The world will demand that for even the most basic of tasks we will need these devices in order to use the new systems, as previously mentioned the simple task of payment for shopping becoming cellular.

Green Tech
Given the present state of market progress and a strong political support, the current expectation is that the overall contribution of Renewable Energy to the energy consumption in 2020 will be 20% according to the Eurostat principle. The estimates by the Renewable Energy industry are based on a conservative annual growth scenario for the different technologies. In order to reach the target, strong Energy Efficiency measures have to be taken to stabilise the energy consumption between 2010 and 2020. The contribution of the different sectors varies significantly.

You can only create what you can imagine. In the year 2020 mobile medium communication has radically transformed economy. Our daily living unimaginable in an earlier age. Everyone has access to information on their mobile devices and contributes to the community. However the media as you now know it has ceased to exist. Mobile has turned the world into a global information hub and has opened radical new business opportunities. The 21st century has revealed the power of the information age, looking back to a not so distant past. The road to mobile evolution started at the beginning of the twentieth century.

The Cen-tu-ry that Sent-an-e-mail-to-me
The twentieth century saw incredible developments this of course being massively due to the Industrial Revolution. Two world wars, the Titanic made way for her maiden voyage then unfortunately sank, we made it to space, well Neil did, I haven’t been yet. Not to mention the invention of the BIC pen, exciting times!
It was a time of great leaps and bounds in industrial, mechanical and technological advancement and that has only sped up as time has passed. Let’s take a look at the last century in terms of technological evolution:
1906 – The first US patent for a wireless phone was registered
1973 – The first mobile phone call was placed in New York City
1979 – The first commercial mobile phones were presented in Tokyo
1982 – Nokia introduced its first portable phone
1991 – The first GSM network opened in Finland
1998 – The first mobile connect, a ringtone, was sold
1999 – Blackberry was introduced starting the evolution of mobile e-mail
2001 – The third generation (3G) of mobile phones was launched in Japan
2007 – we reached over 3 billion mobile phone subscribers, the introduction of the i-phone was the start of the ‘touch’ era
2008 – over 1 billion people have access to the internet, while 600 million people have access through their mobile handsets 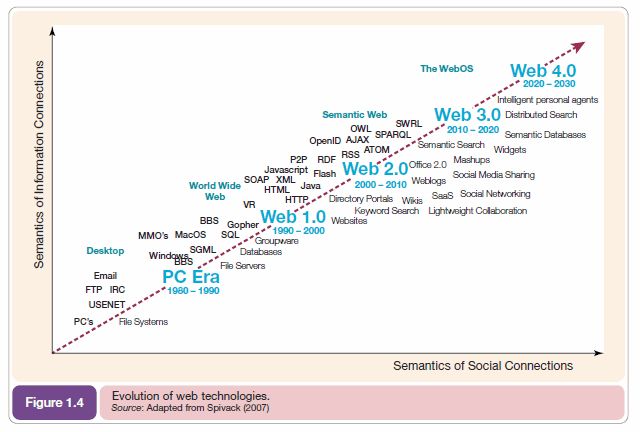 Now buckle your seatbelts folks we’re taking a ride into the future. With a combination of my personal thoughts and extensive research the following is what has surfaced as most likely to be the progression forward, again, this is collective predicted thoughts, please don’t rush out and pre-order anything!
2012 – We reach the barrier of 1 trillion networked devices. Machine to machine communication, smart objects, ubiquitous computing create the internet of ‘things’
2013 – The year of mobile broadband. LTE is offering up to 50mega byte capacity for each user, people are living in the ‘smart cloud’
2014 – India, Africa and other emerging markets have reached 70% penetration rates
2015 – Mobile payment is becoming a mass phenomena, driven by near-field communication, devices are adapting to our lifestyles and environments this is the start of the physical personal device. Nano technologies enable physical transformation according to the use and complete personalisation in the process
2016 – The New York Times stop the delivery of printed newspapers and offers e-pay for readers for 1 US dollar. News corporations Border, Springer and other publishing companies follow in 2017 everyone reads the news on plastic paper and updates it ‘on the go’
2017 – Is the climax of the mobile economy boom the market of mobile media is bigger than all the other media channels together. This year the introduction of multi-language with instant translation is bringing down the global information barriers for text and voice communication
2018 – The US government starts an initiative to increase mobile public security called the ‘Mobile Agenda’ the location of each person’s data streams will de-tracked, analysed and saved. We reach more than 8 billion people world-wide, 5 billion have a mobile phone, 2.5 billion including mobile internet access, the generation of ‘business natives’ has entered the business world.
2019 – Privacy, information access and control have become essential issues in the world’s economy, cyber security has become one of the most critical issues
2020 – In the year of 2020 our world of mobile media is disruptive, engaging, interactive and controversial but truly international.
It is up to you how our future will look like don’t lean back be active and shape the future of mobile media and communication. Join the conversation.

In the end, or possibly just the beginning
The ‘global village’ or online community is becoming accessible by most, on a global scale. Technology has made its way through an impressively quick evolution to modern technology as we know it today. With my predicted future of technologies (which is based on looking back so could well be not to the magnitude that it may well be in reality) could very well make the next 9 years quite astounding not only in growth but for us all to witness.
In the end we have an opportunity now to acknowledge the power of today’s technology and with the informed, but not concrete, prediction I have provided a glimpse into what may be to come. What starting from being big as vacuum tubes funded by the air force down to hand held computers that could fit in anyone’s pocket.
Big companies such as Microsoft, Apple and web based companies such as Google are constantly working on new inventions and projects for us to utilise and enjoy. This roughly translates to our future looking excitingly full of insurmountable potential, availability and with global accessibility and transparent communication, this including the future of business, a whole lot brighter.