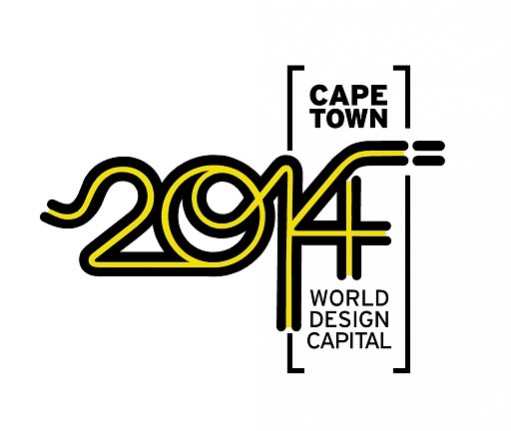 Cape Town has been named World Design Capital for the year 2014, ahead of fellow short-listed cities, Dublin and Bilbao. The sought-after accolade was awarded to the Mother City this morning at the International Design Alliance (IDA) Congress in Taipei.

In her acceptance speech De Lille said: “It is an honour for me to be addressing you here today as mayor of the first African city to be named a World Design Capital. A city belongs to its people and it must be designed for and with them and their communities. For many years, people have been applying innovative solutions to our challenges. They have been using design to transform various aspects of life. But they have often been working without an overarching social goal in mind.

“The World Design Capital bid process and title have helped to bring different initiatives together and have made us realise that design in all its forms, when added together, creates human and city development.

“The World Design Capital designation gives cities like Cape Town additional motivation to actively think of transformative design in development plans. We look forward to learning from other cities that are using design as a tool for transformation, including past winners Torino, Seoul and Helsinki and our fellow short-listed cities, Dublin and Bilbao. We are honoured to have been considered with them.”

The Cape Town Partnership started the World Design Capital bidding process over a year ago, on behalf of the City of Cape Town. A Bid Committee was tasked to frame the theme of the bid and to source content and case studies for the bid book. It included design case studies in the Stellenbosch area. On 31 March  2011 the 465-page bid book was formally submitted to the International Council for Societies of Industrial Design (ICSID) in Canada, with the theme, “Live Design. Transform Life”.

Explaining the importance of the year 2014, De Lille said it will be the celebration of 20 years of democracy in South Africa,

“That celebration will allow for a time of reflection, to think about how far we have come as a country and a city. We will also be positioning ourselves to plan for the future. The next 20 years, and the 20 years after that, demand nothing less if we are to prosper as a city and a society and truly mature into our full potential.

“2014 then is the moment when the past and the future will come together for Cape Town, in contemplation and in action. In South Africa, cities were designed over decades to divide people. But since our new democratic era, we have been focused on trying to bring people together, to create a sustainable city that fosters real social inclusion.”

“The challenges faced by cities today are numerous. Sometimes, they seem unique. When we broaden our horizon, however, we discover the tremendous energy and innovation of individuals, communities and firms using design every day to create solutions. They are to be found within our city… and all over the world.

“In 2014, we will channel that energy into a series of events that celebrate design as a driver of social and economic change in the urban environment. We invite the global design community to become a part of our design journey, in our city, in Africa and in the world,” De Lille said.

Cape Town’s bid has gained widespread public and private sector support at City and Provincial level. It provides the opportunity to embed design thinking into urban development planning for social and economic growth. The accolade will also enhance Cape Town’s reputation globally as being a place that is known for more than just its natural beauty.

Bulelwa Makalima-Ngewana, Managing Director of the Cape Town Partnership and co-ordinator of the bid on behalf of the City said: “It has been a long and rewarding journey to get to this point. The real key to our success has been the partnerships that have been forged during the bid process, and the unwavering support of the City of Cape Town and the Provincial Government of the Western Cape. Being named World Design Capital for 2014 is a unique opportunity for us to reposition Cape Town on the world stage as a city of innovation, creativity and caring – and to continue to foster and promote our design industries at home and abroad.”

The World Design Capital 2014 title results in a year-long programme of design-focused events that will see creative communities across the globe turning to Cape Town for social, economic and cultural solutions. These connections are vital in the long-term links the city will secure with global role-players within creative industries. This win also highlights how design innovation has led to growth in the Stellenbosch area, taking the bid beyond the city’s borders to acknowledge the design assets of the region.

Said Stellenbosch Mayor Conrad Sidego from Taipei, where the theme of the IDA Congress is “Design at the Edges”: “The edge is where design of the past and design of the future meet – in this moment we have the opportunity to shape a new design legacy for our region.”

Solly Malatsi for the Executive Mayor, City of Cape Town

Rabbit in a Hat Communications for Cape Town Partnership

Rabbit in a Hat Communications for Cape Town Tourism

ABOUT THE WORLD DESIGN CAPITAL

The World Design Capital title is awarded bi-annually by the International Council for Societies of Industrial Design (ICSID) to give global prominence to cities that use design for their social, economic and cultural development. Founded in 1957 and active in 50 countries, ICSID has awarded the World Design Capital designation three times – to Torino, Italy (2008); Seoul, South Korea (2010) and Helsinki, Finland (designated for 2012). The World Design Capital title is awarded in advance, allowing winning cities sufficient time to plan, develop and promote a year-long programme of World Design Capital-themed events for their designated year. The winning city is required to pay a licensing fee of 160 000 Euros to ICSID over two years for the use of the title, and this investment is then leveraged by the winning city to attract significant private sector funding for promotion of the title year.